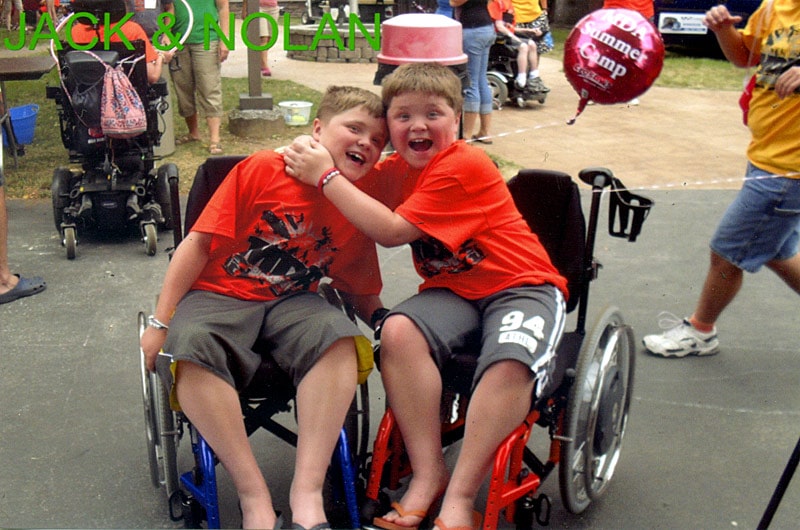 On April 18th, I’m participating in the annual Muscular Dystrophy Association Lock Up. I’ll be detained for a little while in an effort to raise “bail money,” which helps fund research and send kids with MD to summer camp.

We try to do as much charitable work as possible and donate what we can to worthy causes, but the reality of running a small business means that our two most limited resources are time and money. It’s all too easy to wrap ourselves in “busy” and “broke” and lose sight of what’s really important. I’m especially guilty of this.

When I was contacted about getting involved with the Lock Up, it was a perfectly-timed “snap out of it” moment. Nobody would accuse me of being overly athletic (I distinctly remember friends giving the nickname “Slow Motion Paige” a trial run), but being able to get around without any problem might be one of the easiest things in the world to take for granted. I figured getting locked up for an hour was the absolute least I could do to help people who aren’t so lucky.

Not long after agreeing to participate, I received the following letter and the picture above from a lady named Alison:

I would like to express my sincere gratitude to you, for donating your time to raise money for the MDA. Although the MDA disperses its monies amongst 43 different neuromuscular diseases, thousands of dollars raised have gone towards my sons’ disease, Duchenne Muscular Dystrophy (DMD).

I have twin sons, Nolan and Jack, who were diagnosed with DMD at age 5. Now age 11, my sons have been afforded the opportunity to participate in multiple clinical trials. MDA has funded many of these trials, including the exon skipping trial Nolan and Jack started in August 2011. This trial is still making medical history as it could be one of the first treatments of its kind for DMD, for which there currently is no treatment or cure. This funding could not have happened without your donation of time and efforts to raise research dollars. There is now hope for thousands of boys who suffer from DMD, thanks in part to you.

Please feel free to pass this along to anyone who will be involved in your MDA fundraising. The words “thank you” are not enough to convey how appreciative we are for your support of the MDA. We really cannot say those words enough.

I also received a phone call from a gentleman who explained that both he and his son suffer from Muscular Dystrophy, and that he was calling everybody who had signed up to thank them personally. When I thanked him back and told him he didn’t have to do that, he replied, “I really do, though. You have no idea what it means to us.”

Seeing the picture of Alison’s sons smiling like that and hearing the man’s story were a swift reality check to the face. The stupid database problem or whatever I had been bitching about at the time suddenly didn’t count as a problem at all. I have a habit of losing perspective, and being reminded of how ridiculously lucky I am couldn’t have come at a better time.

I’m pumped to be helping in whatever small way I can, and I sincerely appreciate you taking a few minutes to read this. Click the blue button below to visit my donation page if you’d like to contribute to my bail money (even a couple bucks helps). If you’re one of those cool kids with billions of Twitter followers and Facebook friends, I’d love it if you could share the link. Several people have inquired about donating towards keeping me locked up longer—I’m still looking into that.

Bail me out of the MDA Lock Up!