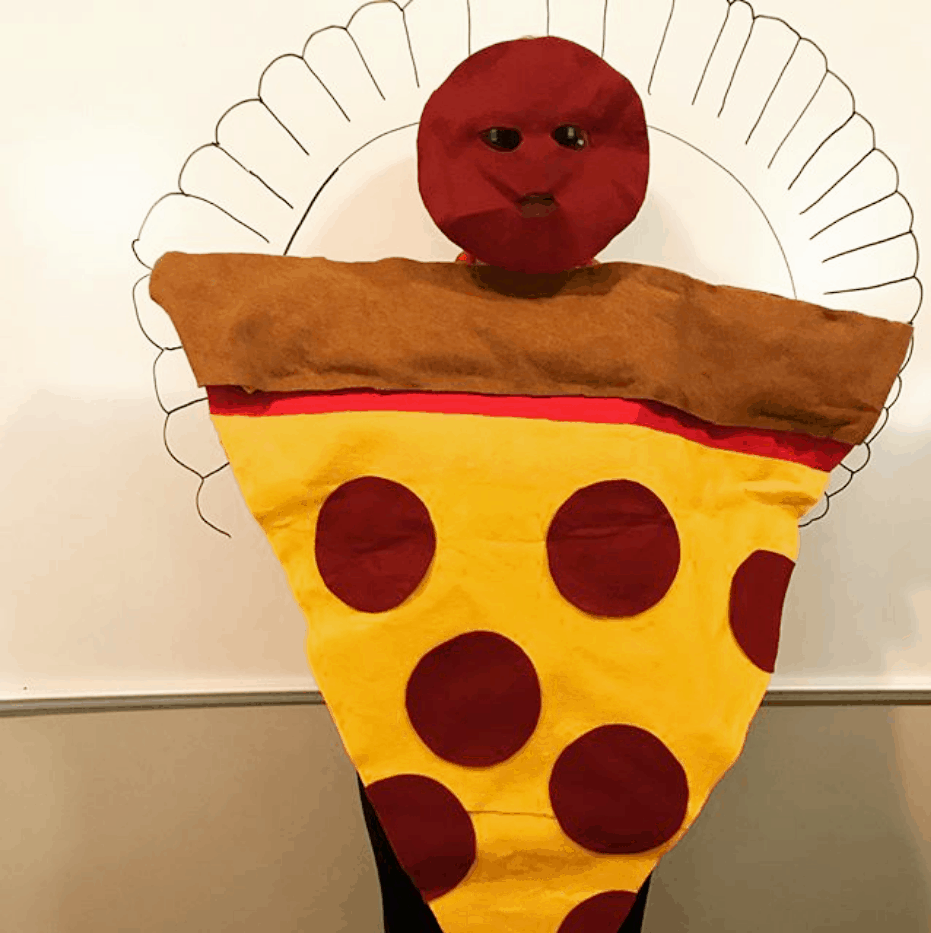 I once threw up after eating frozen pizza.

It wasn’t the pizza’s fault—it’s never the pizza’s fault—I believe I was dealing with a Killian’s-Irish-Red-inspired affliction. But, as I do with every food I’ve ever regurgitated, I swore it off indefinitely.

I now refer to that time in my late teen years as The Real Great Depression.

Because since then—and since I’ve realized that my immature taste buds would never, in fact, mature—I’ve come to know pizza as my favorite food.

I used to have a fear of calling to order a pizza and an even stronger fear of answering the door for the pizza delivery person. I’m still not entirely comfortable with it, but I do it for love of the pizza. I usually spew some awkward retort after being told to “Enjoy!”—like, “Thanks, you too!”—and fumble over mathematics and give an asinine tip in either direction. Work a coupon into the equation and I nearly pass out.

Thankfully, the Slice app has squelched my pizza-ordering fears. I still have to answer the door, but the app alerts me when it’s time to mosey on upstairs to put on a bra, with plenty of time to get to the front door. Some awkward pleasantries are still swapped, but no money changes hands, and I carry my treasure to the kitchen feeling like a hero.

The good news is I was rarely put in this position growing up because ordering pizza was so infrequent for us. “There’s plenty of food in the house” and “Have some cereal” were common responses to my brother Corey and I suggesting we order a pizza.

Occasionally, Dad would treat us to a gas station pizza on his way home from work. “It’s only $5.99! Such a good deal.” Mercifully, frozen pizzas were good deals as well, and we didn’t go without.

Pizza Through the Years

My childhood friend, Nicole, introduced me to Mama Celeste frozen pizzas in middle school, which got me through my unpleasant pre-teen years. At her house, we’d put them in a toaster oven making them crispily edible. We didn’t have a toaster oven at our house, so they were often nuked into a rubbery oblivion. But that didn’t stop me from eating them.

In high school, I’d graduated from just plain cheese and learned that I was ok with throwing pepperoni into the mix. I ate pepperoni and cheese Hot Pockets on a delicious daily basis. To mix it up, I’d ask whomever was making the next shopping trip to get me some frozen Jeno’s Crisp ‘n Tasty pizzas. I’d never seen tiny cubed pepperonis before and quite enjoyed them. One day, as I was noshing on the couch, no doubt watching “Saved By the Bell,” Corey read the soggy empty box on the counter and said, “500 calories?!”

It was actually only 490—he always rounds up. He was calling himself 30 years old starting at 25. But learning that there are 490 calories in a pizza the size of a Necco Wafer has no impact on a teenager. To this day, I credit Jeno’s for there being no shortage of tight pants in my closet.

During school breaks, my friend Emily and I would hit up the Pizza Hut buffet (it was only available on Mondays). She would usually bring Tupperware.

When Corey and I were out on our own in college, our student loan refund checks did the grocery shopping and not-so-occasionally suggested that we get some real-deal pizza.

We lived within walking distance to the Most Fattening and Delicious Pizza On Earth (or at least in Rochester): Chester Cab. What was that magical sauce? No one knows. But one giant, sloppy piece did the trick. If we were feeling extra classy, we’d get in the car and treat ourselves to Cobbs Hill pizza.

When Emily and I studied abroad in Galway, Ireland, the only edible pizza in town was Domino’s. Your order arrived via bicyclist, which we’d never experienced back home. That, paired with the fact that Irish food leaves everything to be desired, required us to order twice a week.

When I lived with my cousins in Albany during grad school—and the refund checks weren’t so bountiful because I was amidst the reality of having to pay back what I once thought was just free money—we became close friends of the Hannaford Bake ‘n Rise pizza.

After having been around the proverbial block, I can confidently say that wood-fired pizza is my favorite (particularly from Ironwood in Manlius, where my husband and I each order our own pizza). But I think I’ve proven by now that I don’t discriminate. Pavone’s and Twin Trees collectively occupy about half of my heart, both in love and plaque buildup, but I commonly still crave a Wegmans frozen pizza on a Friday night. As it’s baking, I say, “I’ll save some for lunch tomorrow,” and then when I’ve finished the entire pizza, I say, “I’ll sleep past lunch tomorrow.” Sometimes I’ll get the thin crust and declare that I’m on a diet.

For the better part of my life, pizza has been a regular meal for me at any time of the day. I rank my friends in order of who can split a whole pizza with me to who cuts a slice in half and uses a napkin to sop up the grease. I’ve been on the receiving end of multiple pizza-themed gifts—most notably the pizza-on-a-paper-plate nightlight—and still wonder why no one has gotten me the oh-so-practical Pizza Pocket. I’ve dressed as a pizza slice for Halloween. Twice. As an adult. And it was homemade. I get annoyed when my friends’ kids ask for some grownup meal for their birthday parties because I’m expecting pizza (at the very least, Totino’s Pizza Rolls should be on the menu). And, perhaps most impressively, pizza has convinced me to look forward to watching football.

As we celebrate National Pizza Day, can someone tell me why pizza isn’t everyone’s favorite food?