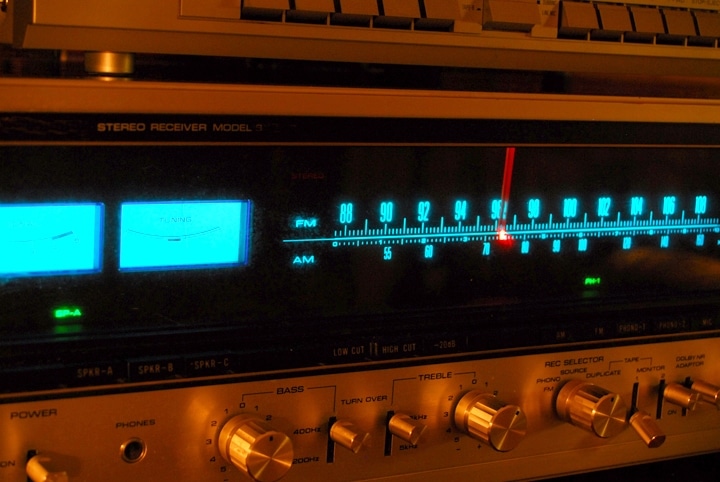 Nobody will dispute that technological advances have improved many aspects of life in recent decades. In particular, powerful smartphones and tablets along with ubiquitous internet access have put a literally ridiculous amount of information at our disposal whenever we need it most (on the toilet). That’s great and all, but sometimes I can’t help but think way back to when you still had to plug things in and think, “I kinda liked it when I was dumber.”

There are just some feelings that “old” technology used to give us that we’ll never get to feel again. Some younger readers may recognize these things from history class. Do they still have that? Anyway, I really miss:

1. Wanting the phone to ring

Then: There was a time before text messages and Facebook when your home phone was your sole connection to people that weren’t your parents. To give you an example, imagine this horrific scenario in which you’ve just returned home from Chess Club on a Friday evening and hop on the phone:

You:  Hi, is Melissa there?
Melissa’s Dad:  She just left for Joe’s house.

What this means of course is that Joe and Melissa are at the party of the millennium, and you are utterly alone with your chessboard. In these days, leaving the house meant you were literally off the grid because there was no grid. You weren’t being texted, tagged in posts, or followed around by sketchy Google vans. The shrill ringing of that gigantic beige rotary phone was the sound of opportunity and the hope that you would not be left to watch Matlock with mom. Again.

Now: The first thought that enters my head every single time my phone rings is “Jesus, no.”

Afterward, I always feel the two-minute call would have been much more enjoyable in the form of an extended volley of novel-length text messages. And if anything like “Unavailable” or “a phone number” comes up on the caller ID, you can flat out forget it. The entire solar system could be on fire and I am not picking up that phone. Technology allows us to be available to anyone in the world at any time. The only downside, as many sociologists have noted, is that this absolutely sucks in every way things can suck.

2. The excitement of connecting to the Internet

Then: Nobody that’s heard it will ever forget the sound. The nightmarish sound of a dial-up modem connecting used to be something we looked forward to. Long before wi-fi was available at every hot dog stand and port-o-potty on the planet, connecting to the fledgling Internet felt like an accomplishment in itself. My first Internet memories are of dialing into “bulletin boards” to play lousy games and talk twelve-year-old trash about, um, butts, I guess? And when proprietary web services like Prodigy and AOL came around, they brought things like quality sound and images (hello, Elle MacPherson) into the mix. The web was a new and exciting place in the world, and the sweet sound of an Atari being disemboweled meant you had finally arrived.

Now: If I walk into your coffee shop and lose so much as a second of internet connection, so help me God I will throw a tantrum the likes of which this doughnut shack has never seen.

We’ve become so accustomed to and reliant on internet access that it’s now basically a necessity. And just like going to work or bathing, needing to be on the Internet takes a lot of the fun out of it.

3. Knowing how to get places

Then: Before GPS or Google Maps were a part of our daily lives, getting around meant dealing with all kinds of major annoyances like paying attention and reading. We were constantly jotting down directions and taking note of landmarks and shortcuts. For road trips to places we’d never been, there was an atlas in the car that required careful study. If we got really lost in a strange place, asking for directions at a gas station or garage sale was often our only hope of reaching our destination. Sounds like the beginning of a post-apocalyptic horror movie, right?

Now: I don’t know where the hell anything is.

When my GPS was stolen while living in another city, I suddenly realized I had no idea how to get anywhere. I had to ask a friend for directions to his house, which I had been to many times before. His response was, “What’s wrong with you?” Absolutely no clue. I mean I didn’t know which way to turn out of my driveway. It became apparent that the sexy GPS-robot-woman’s voice had lulled me into a false sense of knowing anything. Naturally, I faked amnesia and cried myself to sleep.

Then: The series finale of Perfect Strangers just ended, and as you silently wipe the tears away, it finally dawns on you that you may never witness the outrageous hijinks of Balki or Cousin Larry ever again. VCRs are impossible to hook up, and no matter what you tried you just couldn’t get the thing to record. The years go by. You discover many other great shows over time, but your memories of Strangers age gracefully, and you always enjoy the chance to reminisce with friends about your all-time favorite.

Now: I need to hear the 1991 Gerardo classic “Rico Suave” right this instant or I’m going to flip shit.

Don’t get me wrong—having so much information globally available is incredibly useful and helps society in innumerable ways. I guess I just wish that, I don’t know, not all of it was available, you know? I used to enjoy things like trying to remember the names of movie characters, arguing over hazy sports memories, or guessing at life’s mysteries. These days, if a question so much as crosses my mind, I am instantly on Google finding out how heavy the moon is. It’s 81 billion tons. Dammit.